The Tuning In! Mentoring Programme

Tuning In! participants were offered mentoring by an experienced person of their own choice. During several conversations with their mentor they were given the opportunity to reflect on their carreer plans, further develop their strategies and strengthen their networks. Renowned international musicians, music managers and academics agreed to support the young artists in the development of their ideas, projects and careers. Tamon Fujimi is the Director of Creative Development APAC at the MassiveMusic Tokyo office. After graduating in Sociology at the California State University in Northridge, he toured around the US, playing music in front of big crowds. The stage is his element, whether it’s performing live or speaking at a creative festival as he did for Adfest, Spikes Asia, One Screen Short Film Festival and Ciclope Asia. He also composes and produces for his personal project TAMON and Cedrics. MLB, NFL, MMA and all the sport-related acronyms you can think of: that’s how Tamon likes spending his spare time if he’s not playing. He likes remixing reputable pop songs and turning them into mashups. His idea of a great party? Rock ‘n roll, booze and a little bit of attitude. First record: ‘Get A Grip’, Aerosmith. Favorite album: ‘Abbey Road’, The Beatles. Favorite noise: The sound of Tokyo. Skills: Being your friend. Foto: Massive Music
LinkedIn
Instagram
massivemusic.com 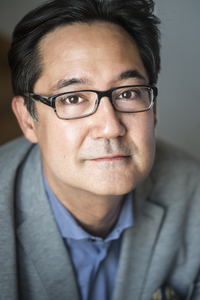 Rico Gulda was born in Zurich, Switzerland, as the youngest son of a family of musicians. He grew up in Munich, where he began playing the piano with his mother Yuko at the age of five. Aged twelve he became the youngest pupil of Ludwig Hoffmann. Later he continued his studies at the University of Music and Performing Arts Vienna with Noel Flores. The pianist and cultural manager repeatedly performed with Martha Argerich in concerts commemorating his late father Friedrich Gulda. Further partners include Renaud Capuçon, Michael Schade and Matthias Goerne. Rico Gulda was the manager of Absolute Ensemble in New York before he joined the Wiener Konzerthaus as executive assistant to the CEO in 2007. In 2013, he was promoted to head of artistic planning and dramaturgy of Wiener Konzerthaus. He is also artistic director of the Oberoesterreichische Stiftskonzerte summer festival. Foto: Jana Saneva
konzerthaus.at 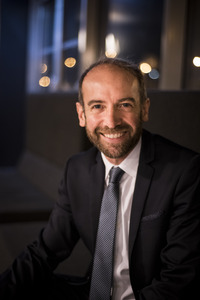 Emmanuel Hondré studied at the Conservatoire National de Musique et de Danse in Paris and taught history of music at the Conservatoire du Centre de Paris, the Ecole Nationale Supérieure des Techniques Avancées and the Centre d’Art Polyphonique de Paris. Following a period as music editor at the Cité de la musique, he was appointed head of cultural services at the Musée de la musique. He went on to become director of production at the Cité de la musqiue and Salle Pleyel (2005). He is currently director of the Concerts department at the Cité de la musique-Philharmonie de Paris, programming 500 concerts each season.
Emmanuel Hondré is regularly invited to give lectures and conduct seminars on programming, management and musical life. He serves as an expert on the French British Committee for Contemporary Music (London), the French German Committee for Contemporary Music – Impuls (Berlin) and the French American Cultural Exchange (New York). He has also been on the jury of the Galina Vishnevskaya International Opera Singers Competition (Moscow 2012), the International competition of Opera Singers (Saint-Petersbourg 2015) and the Shanghai Isaac Stern International Violin Competition (2016). Foto: Cité de la musique-Philharmonie
philharmoniedeparis.fr/en French-Korean flutist Mihi Kim is an international and cosmopolitan soloist with almost 1000 concerts to her credit. Since 1996, she has performed in prestigious halls in Germany, Switzerland, Italy, Spain, United Kingdom, Hungary, Netherlands, Belgium, Poland, Romania, Croatia, Serbia, Russia, Japan, Korea, Taiwan and the United States. Her album Le Cavalier Bleu (Anima Records, 2013) with pianist Bertrand Giraud has been internationally acclaimed. She also regularly works with Aurélien Pontier (Warner Music).
Since 1998, Mihi Kim has been a professor at the Ecole Normale de Musique in Paris and at the CRD in Issy-les-Moulineaux and conducts master classes all over the world.
Born in Seoul, South Korea, she studied at the Paris Conservatory CNSMDP, at the Hochschule of Cologne and of München with Alain Marion, Jean-Pierre Rampal, Andras Adorjan, Aurèle Nicolet, Paul Meisen and Pierre-Yves Artaud. She is laureate of the 5th International Competition Jean-Pierre Rampal in Paris and won the 1st Grand Prize at the International Music Competition in Bayreuth (DE). Mihi Kim is inspired by major artists such as Maxim Vengerov, Martha Argerich, Shlomo Mintz, Hilary Hahn and Sir James Galway, with whom she also maintains a close friendship. Foto: Mihi Kim
mihikim.com 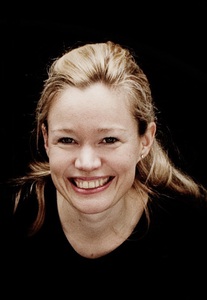 Since 2013, Nora Pötter has been the owner and Managing Director of the renowned Austrian artist agency Dr. Raab & Dr. Böhm and preserved and strengthened the position of the agency in the international orchestral touring and artist management market.
She studied violin and music education at the University of Music and Performing Arts Vienna and has always spent most of her free time playing the violin and piano in different orchestras and chamber music formations. She acquired experience in project management at KulturKontakt Austria, Wiener Festwochen and with several Youth Orchestras. In 2018 she finished her Executive MBA at Californian Lutheran University (Thousand Oaks, California).
Nora Pötter joined Raab & Böhm in 2006, where she soon was in charge of the soloist and chamber music department as well as the planning of chamber orchestra tours. After working in the artistic administration of Jeunesse Austria, Austria’s largest classical music promoter, she returned to Raab & Böhm as Managing Director designate. Gradually she took over all duties and responsibilities from Dr. Horst Böhm, the longstanding and well-respected director and former owner of the agency. Foto: Nora Pötter
www.rbartists.at 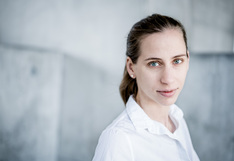 Anna Rendl was born in Vienna, Austria and studied violin and music education at the University of Music and Performing Arts Vienna. Alongside being an active musician, she was working almost eight years for one of Austria's biggest concert organizers, the Jeunesse – Musikalische Jugend Österreichs. In 2015 she founded her own agency “Konzertagentur Artphonia”, representing international young soloists and ensembles, with a focus on developing careers from the very beginning. The agency collaborates with renowned national and international partners such as Musikverein and Konzerthaus Vienna, Festspiele Mecklenburg-Vorpommern, Mozarteum Salzburg, Luxembourg Philharmonic and many more. Foto: Andrej Grlic
www.artphonia.net Ever since her school days, Anne Röhrig has been interested in new paths towards early music. She studied violin with Werner Heutling at the Hannover University of Music, Drama and Media. At it's „Studio for early music“, under the direction of Lajos Rovatkay, she started to work on historical performance practice. Inspired by master classes (with Sigiswald Kuijken, Ingrid Seifert, Nikolaus Harnoncourt) and her work with partners and ensembles such as London Baroque, Das Kleine Konzert and La Stagione, she developed an individual expressive-virtuosic style of interpretation that distinctively charactarizes the sound of her own ensembles. She is a founding member of Musica Alta Ripa, artistic director of Hannoversche Hofkapelle and concert master of the Baroque orchestra Das Kleine Konzert. With these ensembles she performs around the world and has participated in numerous, often award-winning recordings (several Echo Klassik, Diapason Dòr, Cannes Classical Award, etc.). As a member of Musica Alta Ripa she was awarded the Music Prize of Lower Saxony in 2002. Anne Röhrig is also a renowned pedagogue, she teaches at the Hannover University of Music, Drama and Media and is a professor at the Nuremberg University of Music.
Foto: Anne Röhrig
www.musica-alta-ripa.de Andrea Rurale is lecturer at the Department of Marketing at Bocconi University. At SDA Bocconi, he is Director of the Master in Arts Management and Administration (MAMA). He has conducted research and training projects with important enterprises, his research activities focus on cultural marketing, consumer behaviour, experiential marketing, CRM and on marketing communication. He is the author of books and articles on the subject, many published in Psychology and Marketing. He was Visiting Professor in numerous international universities, such as Simon Fraser in Vancouver (Canada), Tinsgua University in Beijing (China), SMU in Dallas (USA), UTS in Sydney (Australia) and Universidad de Aguascalientes (Mexico). He is Regional President of FAI Lombardia (Fondo Ambiente Italiano) and President of the Monteverdi Conservatory in Cremona. Andrea earned a Degree from Bocconi University and a PhD in Marketing from Universitat de València. Foto: SDA Bocconi
www.sdabocconi.it