Tatjana Nikolic is part of the IKM research team in the field of Cultural Institution Studies since 2022. She graduated Cultural and Media Management at the University of Arts in Belgrade, Faculty of Dramatic Arts, Study Programme Cultural and Media Management and is currently PhD Candidate with the dissertation “Gender and Age Equality in the Cultural Policy of Serbia” under the supervision of prof. emerita Milena Dragicevic Sesic.

Since 2013 she is active member of the Collective of Young Women FEMIX in Serbia, implementing “initiatives and programs for improving gender equality within cultural scene and among young people, including Girls Rock Camp Serbia. Her book on “Gender Relations in the Alternative Music Scene of Serbia and the region” was awarded by the Institute for Gender Equality of the Province of Vojvodina and published in 2016. In 2021 she co-edited a thematic collection “Digital Horizons of Culture, Arts and Media” with prof. Milena Dragicevic Sesic. Recently she has been member of the research team “Female Leadership in Music: a cross-genre research on women´s roles, agency and collaborative music-making practices in Serbia“ led by prof. Iva Nenic of the Faculty of Music in Belgrade, financed by the Scientific Fund of the Republic of Serbia, project team “Gender Equality generates Cultural Diversity” implemented by the Association of the Independent Cultural Scene of Serbia, funded by the International Fund for Cultural Diversity of the UNESCO, ERASMUS consortium “Reinventing Mentorship in Arts Management” led by Estonian Music and Theatre Academy, as well as the Executive Board of the Association of Theatres for Children and Young Audiences ASSITEJ Serbia. 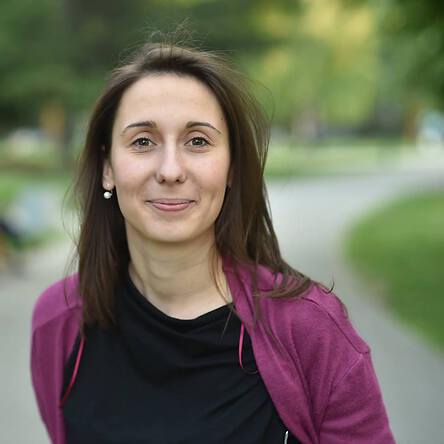