VALENTINA VELKOVSKA-TRAJANOVSKA (1976) graduated from the Theory and Pedagogy Department at the Faculty of Music in Skopje, Macedonia. Later on, she enrolled at the Composition Department, in the class of Prof. Tomislav Zografski and graduated in the class of Prof. Tome Manchev. Velkovska-Trajanovska has received her MA in Theory of Orchestration from the same Faculty, in the class of Prof. Tome Manchev. Currently, she is working on PhD in composition at the same Faculty, with Prof. Tome Manchev. She works as a Professor at the Music Academy, University "Goce Delcev" in Shtip, Macedonia. Valentina Velkovska-Trajanovska has participated in international seminars, festivals, conferences and residency for composition, film and electronic music in Macedonia, England, Czech Republic, USA, Sweden and Germany, working with Ferneyhough, Sarijaho, Andriessen, Saunders, Godiber, Wiegold, Vulrich and others. She has composed many solo, choral, chamber and orchestra works, performed in Macedonia, England, Serbia, Czech Republic, Ukraine, USA and France and also published works on Musicology and Theory of Orchestration. Velkovska-Trajanovska had received numerous international and state awards and scholarships. 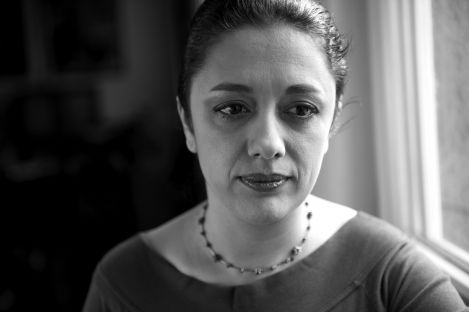 ‘’To come to thr Truth, we should free ourselves from our own solitude.

Only then can we see the Light of the world, sparkling in our souls’’ –  Pavel Florenski (Russian philosopher and scientist).  This composition is written in England for a concert which was dedicated as tribute to D.Schostakovich, and as a constructive material is using the Schostakovich DSCH – theme, but the main idea is The Transfiguration, its significance and my way of understanding the process of change from one human level to another higher and much more qualitative level of exciting.