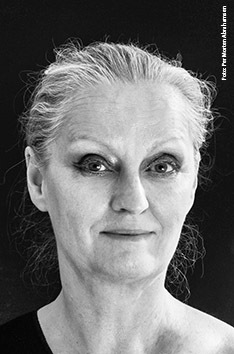 is a Swedish artist, a professor of choreography, and Artistic Director of Dansehallerne in Copenhagen.

As an artist and activist, she works with choreography in the forms of dance, imagery, film, and writing. Her award-winning works have been presented in more than 35 countries and have frequently been viewed as controversial and trailblazing.

Efva Lilja is a popular lecturer and has published 11 books. She is active in the development of artistic research both nationally and internationally, as an artist, and as a member of various international bodies. She served as Vice-Chancellor of the University of Dance and Circus in (DOCH) in Stockholm from 2006 to 2013, spent a period serving as an expert advisor to the Swedish government, and was a member of the PEEK Board from 2009 to 2014.