The instrumentation of sound is an inseparable part of music making processes in local musical practices and is closely connected with the formation and perception of a common sound familiar to the performers and communities they are embedded in. This process is crucial, particularly for multipart music practices. In spite of the intensive research carried out, the instrumentation of sound has seldom been an investigative target in this framework. The common sound of an ensemble produced through the simultaneous performance of several instruments and/or human voices differs from the sound each member of the ensemble produces separately. Therefore its formation and perception should be investigated independently. This perspective inevitably leads to questions about the politics involved in the processes of music making and music performance.

These views were presented and discussed during the symposium by researchers with extensive fieldwork experience from more than a dozen countries in Europe and from the USA. Most of them took part for the first time at the “European Voices”. They main theme was examined from different perspectives focusing on Sound and Society, Performance as Instrumentation and Tradition, Revival and Practice. In the concert of the first day internationally unknown music from north-eastern Latvia was performed, while in the second day a film about a group of friends in northern Italy who share the passion of singing together was showed and discussed. 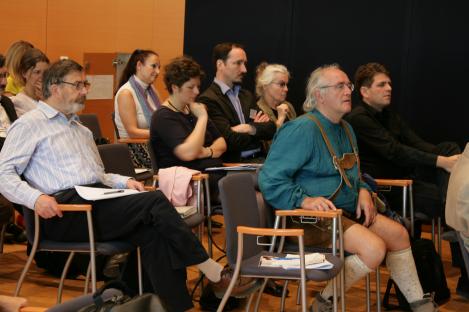 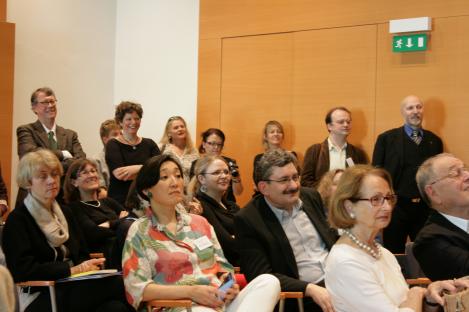