Celebrating 15 Years of the Centre for Further Education! A 15-year anniversary is a wonderful point in time at which to take a look back and ahead regarding the work of the mdw’s Centre for Further Education—and an opportunity to come together and toast a true success story. What approach does an arts university need to take in terms of developing its human resources and its overall organisation? How can this approach be established, and how can such efforts be partnered with those of personnel and administrators? And on what path must we set out in order to be perceived and accepted? We have asked ourselves these and many more questions from the very beginning, in the process attempting from an organisational standpoint to develop offerings that provide the ability to directly effect the institution itself.

The Centre for Further Education’s mission is to establish appropriate offerings for employees in the sense of lifelong learning on the basis of analyses and descriptions of a professional world that is undergoing constant change. 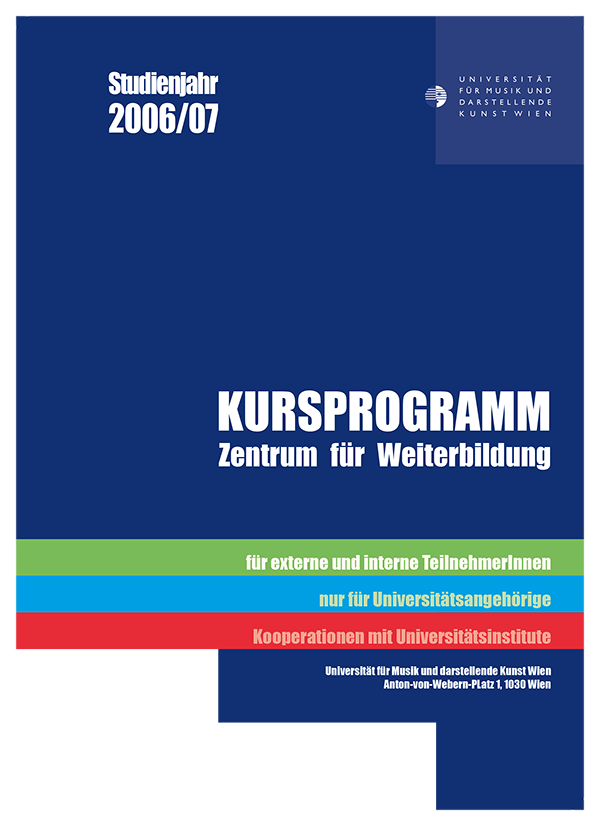 Sooner or later, we are all affected by the dynamics of the processes via which society changes. Societal change also entails change in terms of work and labour. Globalisation and digitisation have long been placing new demands on labour and its organisation. These external demands necessitate flexibility and a great deal of expert knowledge on the part of the mdw in order for the University to remain competitive, innovative, and attractive both as an employer and as a place of study.

The mdw has committed itself to nurturing a modern organisational culture that is fit for the future, and 2015/16 saw the establishment of an up-to-date structure oriented toward synergies and in-house resources. In the context of human resource development efforts, the Centre for Further Education has since then been accompanying processes of change across the entire organisation as a newly staffed administrative department with a permanent position within the overall system’s structure. 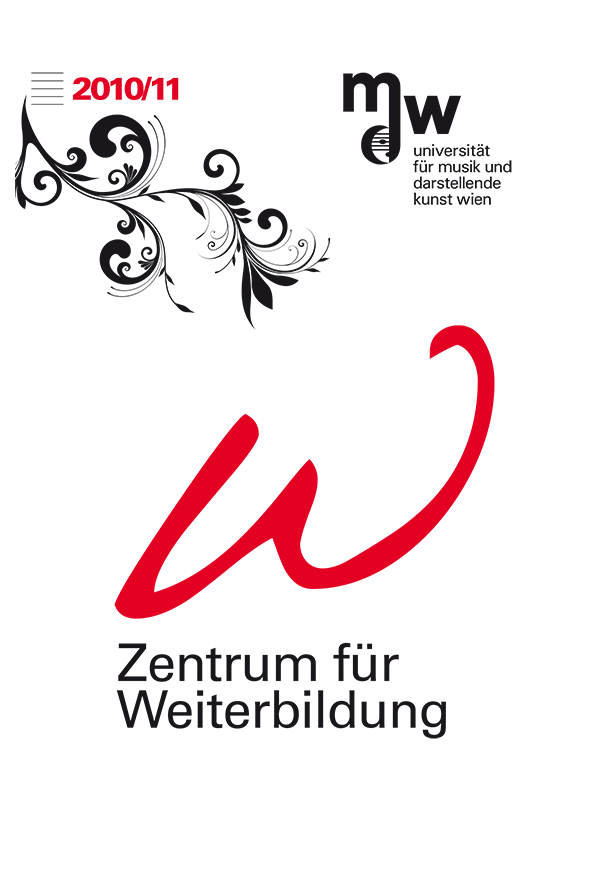 A look back makes clear how it’s change that keeps the mdw—and the Centre for Further Education—moving and agile. It was with open minds that we reacted to the early-2000s announcement by Austria’s federal government that the country’s universities would be organisationally spun off from the state and made independent, and the decision was made to deal with this change proactively. Even at that point in time, developments on the organisational level were no longer planned without appropriate accompanying support for the university’s personnel. The institution’s personnel management staff came up with a human resource development concept in order to make the subsequent transition—departing from the university’s old legal form and embracing its new one—as soft as possible. In doing so, the approach to human resource development was holistic from the very beginning. The further development of self-competence, social skills, and professional skills and expertise was taken into account at all formal levels of the organisation.

2003 saw the establishment of the Centre for Further Education, which launched its first eight offerings that summer; these addressed mdw administrative and teaching staff , their colleagues at other universities, and mdw students, and they attracted a total of 173 participants. Over the years that followed, the focus was placed on further development and networking as well as on the continued setup and expansion of the core further education programme, the “onboarding” programme for new mdw employees in administrative and teaching positions, and numerous further human resource development measures. Alongside AUCEN, the Austrian University Continuing Education and Staff Development Network*, it is above all internal experts and the Centre for Further Education’s employees who, over years of collaboration and with an ear for participant feedback, have taken the institution’s human resource development efforts to their present level and made them a special source of added value for further education. 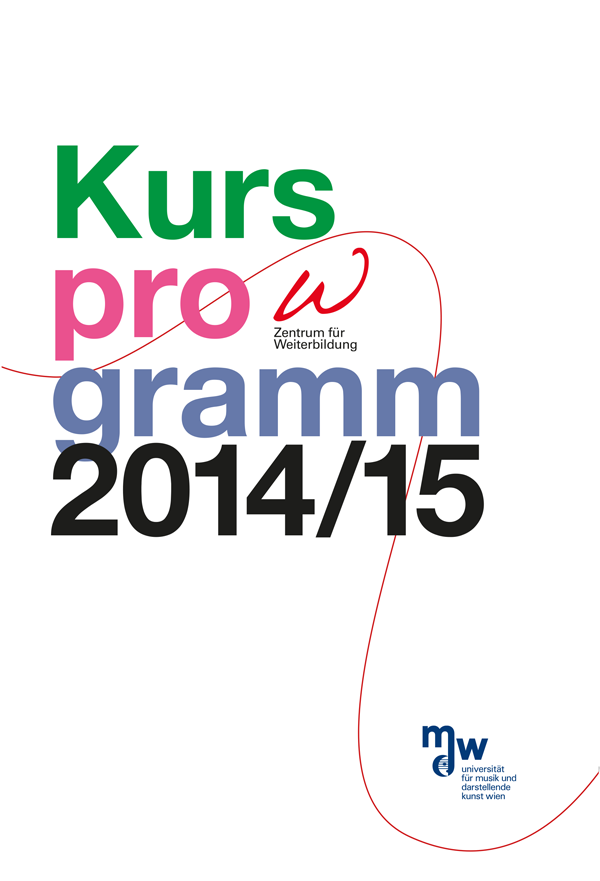 During the 2017/2018 academic year, the Centre for Further Education served 1,898 individuals in the form of 125 further education offerings, human resource development measures, and health promotion measures. The constant rise in the number of participants is a testament to how rapid changes and new challenges require one to continually learn new things. Continual learning and the further development of one’s own competencies and knowledge enable one to remain flexible and maintain agency both as an individual in society and as an employee of a business or a university.

Recognition of the significance of good teaching and attendant measures for the development of good, up-to-date teaching are shifting farther and farther towards the centre of the debate on quality and will require broad public affirmation and support from the highest levels in the future so as to not become diluted amidst the heterogeneity of individual notions and the notions of all the specialised disciplines.

Figuring out how to come together and, in light of societal developments, continually maintain the discourse on the quality of teaching between these levels and within the framework of organisational and structural conditions—and ultimately determine what kinds of support offerings will be necessary—is a developmental responsibility of the Office of the Vice Rector for Academic Affairs, Art and Young Artists’ Promotion and of the Curriculum Development Competence Centre with the involvement of the human resource development and quality management staffs. Pedagogical development offerings that nurture a lively culture of teaching and learning and train various methods are enjoying very high acceptance and have therefore already been made permanent fixtures in the Centre for Further Education’s overall palette of offerings. They complement the developments in a discourse on teaching that covers all disciplines (which grew out of events including the biannual conference of all studies commission chairs and representatives of the commission members), thus contributing little by little to the professionalisation of university-level didactics. The establishment, strengthening, and further expansion of spaces of discourse between specialists on questions of teaching and examinations as well as the conception of new accompanying and supporting structures by the Office of the Vice Rector for Academic Affairs, Art and Young Artists’ Promotion, the Centre for Further Education, and the quality management staff will point the way into the future in the context of this process.

Responsible for These Positive Developments

We’d like to extend our heartfelt thanks to all of our cooperating partners, network partners, supporters, coaches, and advisors, as well as to our colleagues at the mdw and elsewhere for the establishment, development and continual formative work, and evaluation and further development of the Centre for Further Education’s broad spectrum of offerings. It is thanks to your broad participation, sharing of expertise, individual perspectives and feedback (including on participation), and active organisational support that we can now join you in celebrating 15 years of the Centre for Further Education.

* AUCEN acts as a platform of experts from the fields of further education and human resource development who deal with shaping the processes of change necessary to achieve these ends. Since January 2018, Gerda Müller, the mdw’s Vice Rector for Organisational Development, Gender, & Diversity, has served as the spokesperson of the AUCEN board.