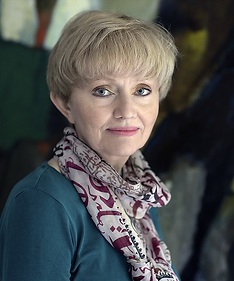 Rineke Smilde graduated at the Groningen Conservatoire with principal study flute, holds a master’s degree in musicology (contemporary music) from Amsterdam University and a PhD summa cum laude in Education from the Georg August University in Goettingen. She was between 2013 and 2020 guest professor for Lifelong Learning and New Audiences at the Institute of Music Education of the University of Music and Performing Arts in Vienna, and she is since 2004 professor of Lifelong Learning in Music at Hanze University, Prince Claus Conservatoire, in Groningen, Netherlands. In Groningen Rineke leads an international research group that examines questions about what engaging with new audiences means for the different roles, learning and leadership of musicians (www.lifelonglearninginmusic).
Her particular research interest is the role of biographical learning in the context of lifelong and lifewide learning. Rineke gave papers and keynotes at various conferences all over the world, and has been lecturing as guest professor at institutions such as New York University; University of Porto Alegre, Brazil; University of Minnesota School of Music in Minneapolis;  Iceland Academy of the Arts; the Royal College in Stockholm; College of Music in Tokio; Queensland Conservatorium, Brisbane. Since 2007 she is visiting professor at the University of Sarajewo. For many years Rineke has been active as a leader of various research groups of the European Association of Conservatoires.She has published extensively about the role of lifelong learning in Higher Music Education.During the recent years the focus of Rineke’s work has been on Music and Healthcare. A research project into Music and Dementia took place between 2010 and 2014 and led to the publication ‘While the Music Lasts – on Music and Dementia’ (together with Kate Page and Peter Alheit, published by Eburon, Delft, translated into German under the title ‘Musik und Demenz’, 2015, Psychosozial Verlag). In 2019 the book ‘If Music be the Food of Love, Play on-on Meaningful Music in Healthcare’, written by Rineke Smilde, Erik Heineman, Krista de Wit, Karolien Dons and Peter Alheit, on person-centred music-making in hospital contexts was published by Eburon in Utrecht. This reports on a research project starting 2016 till 2018. Currently she leads an international research project on the interprofessional collaboration between musicians and healthcare professionals, together with music academies in London, Vienna, The Hague and Groningen as well as four hospitals.