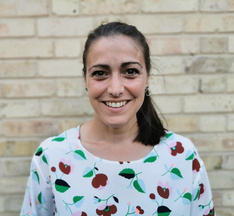 Internationally recognized for her work with some of the world’s leading opera houses and orchestras, Hannah has led projects in eighteen different countries, carving a path as a composer, presenter and music director. At the heart of her work always is intense collaboration and musical input from young people. In 2019 she was appointed Artistic Director of Streetwise Opera. She has composed operas in 12 different languages, presented for BBC Radio 3, devised BBC Proms and received commissions from the London Symphony Orchestra, Glyndebourne, City of Birmingham Symphony Orchestra, BBC Concert Orchestra and Royal Opera House. The Freedom Game opera (2015) received its premiere at the Royal Albert Hall for 1200 performers and Beautiful World (2016) won the Education Middle East Performing Arts Award at the National Theatre, Abu Dhabi. Recent highlights include the opera Dare to Dream (Royal Albert Hall 2019) for 1800 singers – devised in collaboration with young people from Uganda, Syria, Bangladesh and the UK; new music commissioned by the BBC Singers; Towards Another World, a promenade opera for the English National Opera and V&A museum; and A Young Known Voice, a work newly commissioned by the Academy of Ancient Music. Hannah has also been adjudicator for BBC Young Musician and was engaged by the EU commission as their key moderator for the EU Cultural Forum 2017, Milan.