mdwPress is the academic publisher of the mdw – University of Music and Performing Arts Vienna. With the press, based on its research strategy, the mdw is contributing to the development of a global, resource-saving open access infrastructure, and increases the visibility of research publications from the mdw. Free from commercial motives, mdwPress follows the insight that research results are based on society’s knowledge which they enrich simultaneously. It therefore corresponds to the social responsibility of the mdw to make them freely accessible and reusable for the interested public.

With regard to its content and topics, mdwPress covers the research spectrum present at the mdw in all its diversity, and promotes interdisciplinarity and transdisciplinarity. The publisher is open to all academic publication formats and supports both digital and printed editions. mdwPress ensures its academic freedom through an Academic Board whose regularly rotating internal and external members are characterized by distinguished academic achievements. The board represents the diversity of the mdw as balanced as possible. The decisions about the publishing program are incumbent on this board, as well as decisions on the respective method of quality assurance that each publication goes through.

mdwPress complies with the current technical and ethical standards for publishers, in order to facilitate the best possible use of academic knowledge by society, and participates in the further development of these standards. The mdw-internal coordinators of mdwPress react to relevant developments in line with demand and budget, and provide the researchers with the best possible support in the publication process. mdwPress always seeks to present all operational processes and costs to the public transparently. Where necessary, mdwPress relies on external partnerships which are designed under the guiding principles formulated here. 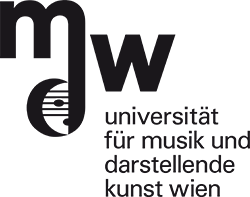