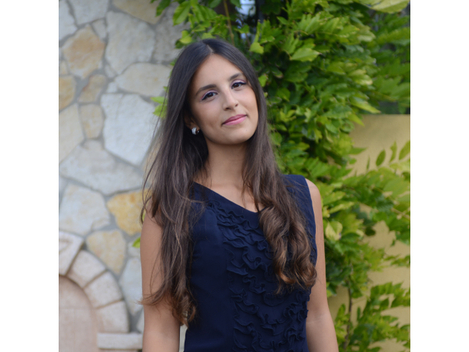 Angelica Pinna studied Drama, Art and Music Studies, with a focus on musicology and musical heritage at the Universities of Bologna (BA) and Milan (MA). She has been exchange student at the Université Libre de Bruxelles and visiting scholar at the South African College of Music, University of Cape Town, where she conducted research on the European musical instruments of the Kirby Collection.

Her research interests center around historical musical instruments and curatorial strategies implemented in museums and exhibitions to display and communicate in and around music. Her doctoral research focuses on the contemporary landscape of Viennese museums and exhibitions related to music, and aims at emphasizing the role of music’s material and immaterial heritage as well as of curatorial practices in the shaping and conveyance of (a certain) cultural memory.

As media of cultural memory, both museums and collections of instruments and music play a determining role in the cultural meaning-making of a community’s cultural heritage. In the international and Austrian collective imagination, music has been an integral part of Vienna’s cultural identity for over a century. In the 1930s and 1940s, Viennese museums, like other public institutions, were tools of political propaganda and processes of identity-shaping, and became instruments of urban and cultural reconstruction after World War II. These processes exploited both Vienna’s and Austria’s musical culture and heritage, consolidating the reputation of Vienna and Austria as “Musikstadt” and “Musikland”, respectively. Starting from the mid-1980s, major changes in the national politics as well as in the European cultural debate subverted Austria’s relation to its past. At the same time, the Viennese museum landscape responded to a new interest for memory and material culture with a revived offer of music-related exhibitions.

Grounded in theoretical fundamentals in the field of memory studies, this doctoral research investigates how musical culture and heritage are remediated in both exhibitions and museums that display in and around music in contemporary Vienna. To explore what music-related narratives these institutions remediate, I use a combination of textual analysis of exhibitions and historically informed contextual interpretations. By unfolding the logic of curatorial practices, I investigate which contextual factors affect these practices and how these factors influence the design and contents of exhibitions. Using empirical analyses of a variety of exhibition typologies, this doctoral project highlights the impact of the institutional and historical background of exhibitions on the ways in which Vienna has been remediating both its tangible and intangible musical heritage, including its reputation as “Musikstadt”.