Creativity in music performance requires contributions from performers, who generate musical output, and an audience, who implicitly judges its creative quality. During music ensemble performance, creativity is distributed across ensemble members. Coordination of new ideas is largely the result of real-time interaction between performers, as they respond incrementally to the gradually evolving musical output. Under optimal performance conditions, ensemble musicians experience heightened togetherness – the feeling of being in cognitive synchrony with others. Some study has been made of performers’ experiences of togetherness (as a component dimension of group flow), but little is known about its behavioural correlates or how audiences perceive it.

This project investigates togetherness and its behavioural correlates from performers’ and audiences’ perspectives. We test the hypothesis that interperformer interaction manifests differently during periods of high and low performer-rated togetherness. Characteristics of “highly-interactive” performers (e.g., strong responsivity and expressivity) are expected to encourage co-performers’ creative responses. Certain performance conditions and performer characteristics are hypothesized to promote togetherness, including high performer empathy, audience presence, the opportunity for visual interaction, and relatively few constraints imposed on the musical structure.

The project team will address these hypotheses with a series of empirical studies. Using duo performance paradigms, we will investigate the manifestation of interperformer interaction and performers’ experiences of togetherness under different performance conditions. In a separate study using a human-computer interaction paradigm, we will test how performers’ willingness to engage creatively with a co-performer varies according to the co-performer’s responsivity, expressivity, and motor engagement. Finally, several studies will assess audiences’ perception and memory for interaction cues, and their judgements of ensemble togetherness and aesthetic quality.

This project constitutes the first large-scale empirical investigation of togetherness in ensemble performance. The project will yield methodological and technological innovations, including a system for testing human-computer musical interaction and new procedures for studying group flow in a laboratory setting. 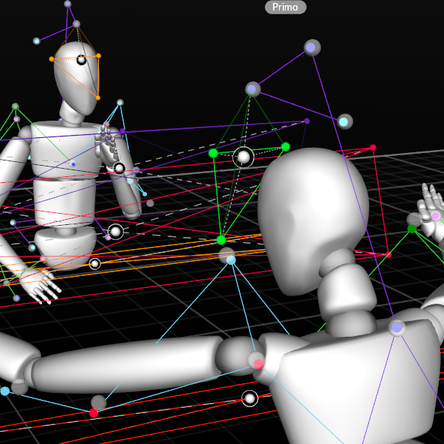