Born in London, Stephen Chaundy has been living in Austria for the majority of his twenty-five year career. He joined the Tiroler Landestheater in 1997 moving to join the ensemble at the Volksoper, Wien in 1999 where he has appeared in fourteen seasons to date.

In that time he has appeared in a wide range of roles in Opera, Operetta and Musical. Highlights over the last few seasons include singing the title role in “Candide” at both the Volksoper and the Deutsche Oper, Berlin a role he reprised in the Tschaikovsky Hall, Moscow  autumn 2018, creating the title role in the World Premiere of Simon Vosecek's Operatic version of "Biedermann and die Brandstifter", a performance available on  an ORF recording, both for Neue Oper Wien and at the Teatro di Bolzano, singing all three of the main tenor roles in Britten's Church Parables for the Festival Retz (“Curlew River”, “The Burning Furnace” and the “Prodigal Son”). In 2017/18  he was critically acclaimed for Robespierre in Gottfried von Einem's “Dantons Tod” in Theater Magdeburg. The follwoing season he returned as Graf Tassilo in “Gräfin Mariza” with further performances scheduled for the 2019/20 season. In 2015 he took on Professor Higgins, in the Kölner Oper's production of “My Fair Lady” at the Royal Opera, Muscat Oman and a subsequent revival in Köln later that year. Last season saw a further revival in spring 2019.

In May 2019 saw the release of his recording of “Canti del Sole” with the BBC National Orchestra of Wales conducted by William Boughton, celebrating  the composer Bernhard Rands' eighty-fifth birthday;

the sort of singer any composer would want.”

Stephen has an M.A. in Italian from Edinburgh University and trained as a singer at the Royal Northern College of Music (Peter Moores Foundation Scholar), the Welsh College of Music and Drama and the Accademia Chigiana, Siena, with Carlo Bergonzi. His teachers have also included among othersUmberto Grilli, John Mitchinson, Nicholas Powell and has worked for many years now with KS Wicus Slabbert. 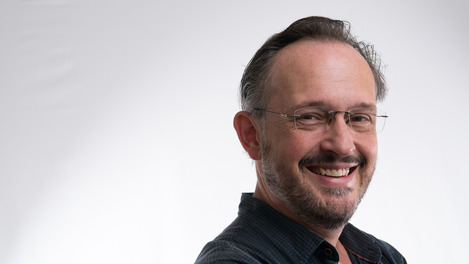