Ig Henneman composer, improvising violist and bandleader is “an artist incapable of remaining satisfied with any music that lies strictly within the boundaries of any one style,” writes critic Ed Hazell. He has described her music as, “a beautiful, functioning musical world all its own that (she) developed organically out of poetry, jazz, classical, improvised music – and birdsong.”

Henneman has written for orchestras, ensembles, soloists, film, theater and for her own improvising groups. She has received several grants and commissions for her work. Henneman‘s work is performed internationally. As an improviser on viola she makes many tours and performs in festivals and venues in Europe, Japan, North and South America.

Since the nineties the music of the Russian composers Galina Ustvolskaya and Sofia Gubaidulina has been an inspiration for Henneman, who is attracted by the extremes of the former’s structural severity and the latter’s improvisational freedom, also to be found in the work of the Hungarian composer György Kurtág. However, her influences are wide ranging and include popular music as well.

Henneman‘s work is published by Donemus. Her music can be heard on several CDs on the Wig label www.stichtingwig.com

(...) Ig Henneman‘s compositions are not jazz. “Prelude...”, as well as other pieces like “Bold Swagger” present a vision of music that yields toward freedom and expressivity of radical improvisation but are born from the classical sensibility of XXth century avant-guarde music (...) “Live @ the Ironworks Vancouver”takes the best of both musical worlds with staggering results.
Jazzowy Alchemik April 19, 2013 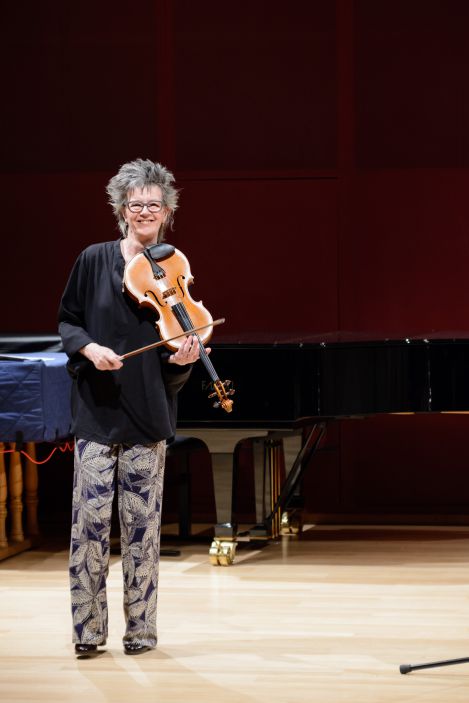