The Dutch clarinettist Fie Schouten is an Amsterdam-based specialist in performing new music who has a warm preference for playing on the low clarinets. Schouten can be heard extensively as a soloist and with her own ensembles. More than 70 pieces are written for and premiered by her in different formations.

Since 2008 Fie Schouten has been one of the Stockhausen-soloists. She performed many works by Karlheinz Stockhausen with the German ensemble musikFabrik, with the Dutch ASKOSchönberg Ensemble, the English Birmingham Opera Company and the French ensemble Le Balcon.

She won prizes in competitions (Gaudeamus, Illzach, Tera de Marez Oyens) and produced four CDs of her own. Three chambermusic CDs came out at Karnatic Lab Records and her solo CD “Ladder of Escape 11” was released in 2014 at Attacca Records.

Fie Schouten is artistic director of the bass clarinet festival titled “Basklarinet Festijn” that took place in 2014 and 2016 in the Netherlands and she is initiator of the forum.

In 2015 her album with bass clarinet miniatures was published by Donemus Publishing. The album is made with an educational goal and contains short concert pieces.

Fie Schouten is professor of bass clarinet at the Prince Claus Conservatoire Groningen. Next to teaching she gives lectures on contemporary music and combines that with performing contemporary clarinet music. 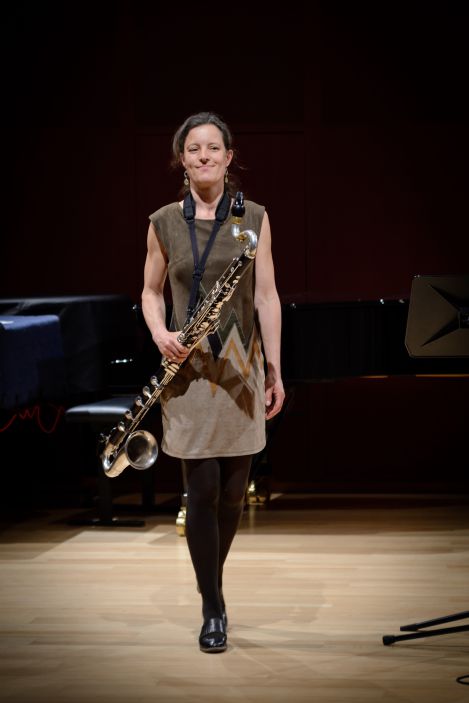